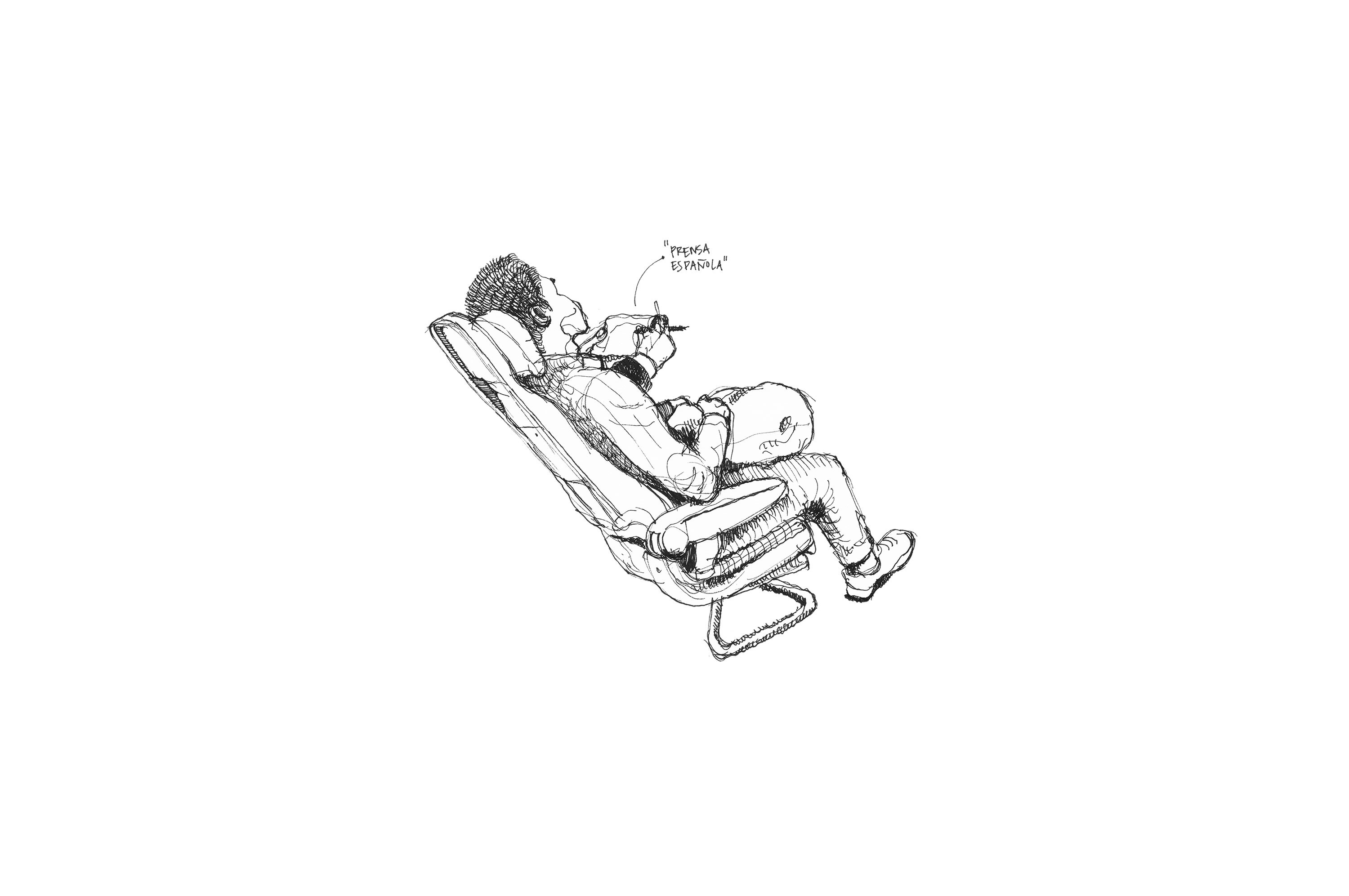 That's My Seat
Do Less, Better.

Apart from helping each other place heavy suitcases in the overhead compartment, there's another reason why strangers tend to talk when riding the AVE — the high-speed rail system of Spain.

At the entrance between each two wagons, a flashing number signals the number of the wagon to its left and to its right. (At the beginning of wagon twelve, for instance, the label flashes both 011 and 012, intermittently.) Depending on when you arrive at that entrance, the flashing label might say eleven or twelve, and you may enter the train before seeing the other number flash, assuming you entered the wagon in your passage.

I enter the wagon. Then take a seat. Thinking I'm seating in the right place, another passenger suggests that that's her seat, asking me to move. Her passage — as does mine — says 5D. Someone, obviously, is sitting in the wrong wagon.

The numbering system is ambiguous. Its ambiguity creates an interesting situation: Two people think they're right, but one of them has to be wrong. (Unless the rail company sold the same seat twice.)

These ambiguities make us think we're both right when we're obviously not. In the train, there's an easy way to check who's right — verifying the wagon you're in. But in many other situations, we find ourselves arguing about topics where no universal truth can tell us who's right or wrong. It's good to keep this in mind when you (or someone else) thinks they are right.

Listen to what the other has to say. Think, even if only for a second, that your assumptions could be wrong. Your seat is right. You might just not be in the right wagon.