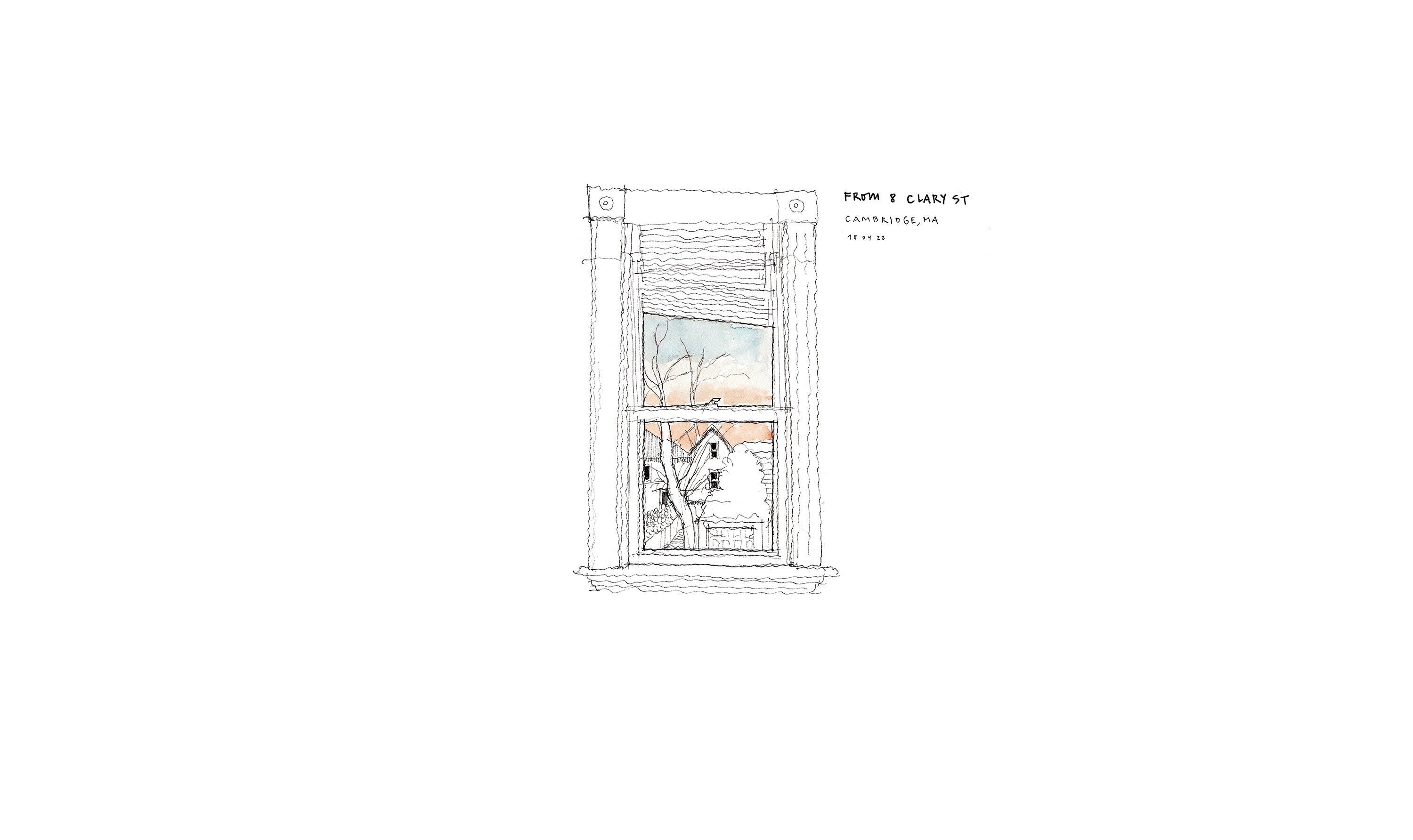 In early 2017, my main focus was to explore the potential of machine learning in the design field, a project that would conclude my studies in technology at the Harvard Graduate School of Design. In the snowy winter of Cambridge, Massachusetts, I managed to wake up around 6:00 am on an (almost) daily basis for the first months of the year. After snoozing my alarm a few times, I would hop into the shower at my student apartment in Clary street and then start working at my desk right away. The bulk of my time was spent designing and coding an app for the iPad, tinkering with machine learning algorithms, and wandering around the Inman Square neighborhood in long walks to think about the project.1 (Several inches of snow frequently made this walks dramatic and contemplative, and multiple layers of clothing allowed them to be longer than five minutes.) Other mornings, I would fully devote my time to research and writing, trying to establish a conceptual framework for the project and meditating about my next steps. At the time, I was trying to teach myself Go (an emergent programming language designed by Google and used, for instance, on Netflix's backend system), as well as Swift (Apple's latest programming language to make apps for the iPhone, iPad, or Mac).

During the first five months of 2017, I spent close to five hundred hours working on my master's thesis.2 I would often get around four to five hours of deep work done by 12 pm. This sense of progress and accomplishment so early in the day was an awesome feeling: I've done everything I needed to get done today and it's still 12 pm. I can call it a day and continue working tomorrow. And that's exactly what I would do some days, stop working at twelve and do other activities to disconnect, like sketching, going to yoga classes, or playing the ukulele. Other days I would work incessantly from 6:30 am until 7:30 pm, then call it a day to cook some dinner (often with my good friend Jose Luis who lived just one street away).

What made this feeling of accomplishment possible? I asked myself, and Why do I struggle to do this more often if all I seem to need to do is adopt an early-work routine? The feeling of accomplishment was a result of waking up early and working right away, but back then I was also working under ideal circumstances: I left everything else aside to focus on a single project for four full months, I was living by myself, and I was working from home. Put simply, I was working under specific conditions that allowed me to make significant progress, that was making me feel good, and I tried to repeat the same schedule day after day.

That's how I learned that an early-work routine makes me happier for the rest of the day. As this happened repeatedly for several weeks, it wasn't hard for me to identify the correlation between what I was doing and how I was feeling, but it isn't uncommon to forget about what things make us feel in a certain way when they don't happen too often.

I'd like to propose a simple way to avoid forgetting how things make you feel right after doing them, even if they only happen to you once every couple months.

But first, Why would you want to remember how something makes you feel? Well, I believe that if you have some indicator of what makes you feel better and what makes you feel worse, you can adjust (to some extent) your behavior and your habits in order to feel happier and less stressed, to avoid things that annoy you, or to escape routines that make you waste your time.

In my case, I'd see how a regular schedule was helping me progress faster, cheering me up, and providing me with a sense of productivity and more time for leisure activities. The correlation between what I was doing and how I was feeling was pretty obvious, and that's why I managed to reinforce the positive behavior with ease. But mapping individual actions or events to specific feelings in retrospect can be challenging.

Single quotidian events make us feel in a variety of ways, and because of their sporadic nature, we don't fully get to associate the act of doing that thing with how we felt afterwards. The association is there in the present moment—you are feeling some way—but it rapidly fades away and we forget about it, making it hard for us to adjust our future behavior and habits according to how things made us feel in the past.

The Unexpected Value of Rediscovery

In his book When, Daniel Pink brings up a research study carried out by a group of researchers at the Harvard Business School. Prompted by these five Harvard researchers, participants of the study made small time capsules of the present moment (in the form of recently listened song names, a recent picture, the latest social event they attended, or other quotidian details of their present life) that they'd be able to see several months later, and were asked to guess how curious they'd be to review their time capsules in the future.3 "By recording ordinary moments today, one can make the present a 'present' for the future,"4 the researchers state.

As Pink points out, people were far more curious than they had predicted, "People [often undermine] the value of rediscovering current experiences in the future."3

According to the study, details about our present seem "too mundane to preserve or too salient in the moment to forget." We undermine how much we'll value reading, listening, or seeing what we're doing or feeling today months or years later. "Documenting such mundane moments in the present, however, offers a clear benefit if they are forgotten: Such records allow the present to be rediscovered in the future."4

This happens when journaling. You write what you did today (say, I ate with Rory in the terrace while talking about our times in North Carolina) and even the simplest passage might bring a huge amount of joy when read in the future, especially, I would say, when you had completely forgotten about it. When journaling, I write about mundane things. What I did over the weekend, who I had dinner with yesterday night, or random ideas I happen to be pondering at the time.

Capturing how things make you feel

In each of them, I capture how things make me feel as they happen, as little time capsules for my future self. For instance, an entry in the Things that make me happy list is 180816, Wake up really, really early, shower, breakfast, then write. A feeling I already had in early 2017 but hadn't manage to write down until late 2018. You'd be surprised of how many things I have in there that I keep forgetting about. This trivial and simple habit allows me to learn about how quotidian events make me feel. Looking back at them I might reinforce behaviors that make me feel good or avoid the ones that don't.

It's an easy practice: Create a text document and start typing things that make you feel in certain ways under their corresponding list as they happen. Of course, feel free to change or add other lists with Things that make you feel in other ways as it suits you (and do let me know about any list ideas you may have). Later on, revisit your lists and try repeating one of the things that previously made you happy.